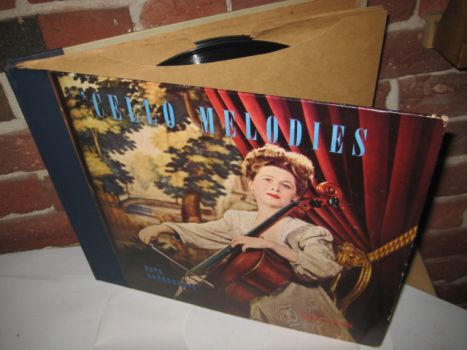 Wagner - To The Evening Star

János Starker stated, "But play she did and on a level of artistry that earned her a place among the handful of truly greats of the century


According to the biography contained in the program booklet for the 1997 memorial concert in her honor in DeKalb, Illinois, she made her formal debut in Moscow in 1923 and left the Soviet Union in 1925. She lived and performed in Europe, and gave her first performance in New York City in 1935. She emigrated to the United States in 1939.

In 1948, she married cardiologist Kurt Biss and settled in DeKalb, Illinois. She taught at Northern Illinois University from 1973 until her retirement in 1991. Besides teaching at NIU, Garbousova also taught at the Hartt College of Music in Hartford, Connecticut, and gave many master classes at prominent musical institutions. Her son, violist Paul Biss, married violinist Miriam Fried, and their son Jonathan Biss is a classical pianist.

During her performing career, she performed with many of the world's leading orchestras and conductors. To many who knew her, she was particularly associated with the cello music of Samuel Barber. Barber wrote his cello concerto for her, and she performed its world premiere with Serge Koussevitzky and the Boston Symphony Orchestra in 1946. Her recording of the Barber Sonata for Cello and Piano is also well known in this context.
More Information
Please sign in with your email address or Create an Account.
New Products
Compare Products
Compare
Clear All
You have no items to compare.
My Wish List
Last Added Items
Go to Wish List
You have no items in your wish list.
Vinyl Records Vancouver
Categories
Help
Quick Link
Newsletter