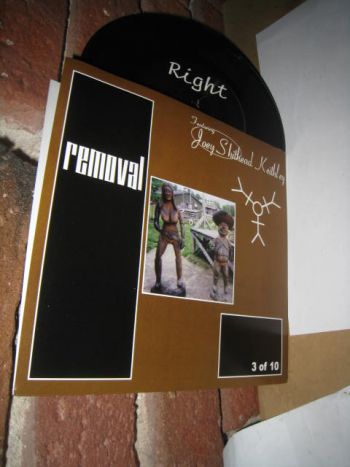 
Removal is a Canadian experimental music group formed in 1997 in Vancouver. They have recorded and released six studio albums to date. They produce and release instrumental only music on their full-length albums, occasionally partnering with other artists to provide lyrics and vocals for an existing musical track.

Removal has been described alternatively as progressive metal or experimental rock. There are no vocal microphones on stage with the band during their live performances, and all communication with the audience outside of the music itself is done through text and images projected on the wall behind the band.

D.O.A.s sound and philosophy has been held together by Canadas Godfather of punk Joey "Shithead" Keithleys songwriting, singing and guitar playing. D.O.A.s sound, although always rooted in punk rock, has managed to create a fair bit of consternation for those who would like to choose musical boxes. Its punk, but it incorporates rock n roll, reggae, metal,and ska. Whatever the hell their sound is, its pulled out a "Yeah, thats the shit!" from the likes of Henry Rollins, The Red Hot Chili Peppers, Sonic Youth, Jello Biafra, Bif Naked, John Doe, Randy Bachman, Dave Grohl, Pete Seeger, Yada, Yada, Yada, you get the picture.
More Information
Please sign in with your email address or Create an Account.
New Products
Compare Products
Compare
Clear All
You have no items to compare.
My Wish List
Last Added Items
Go to Wish List
You have no items in your wish list.
Vinyl Records Vancouver
Categories
Help
Quick Link
Newsletter