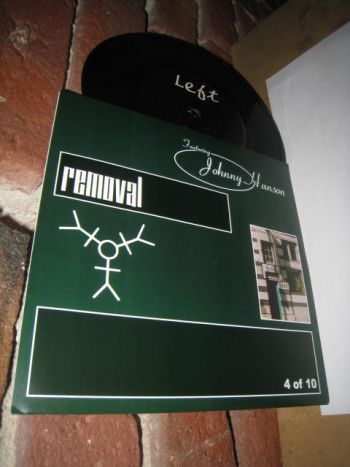 
Prog-punk instrumental band Removal issued a series of 10 singles featuring guest singers. This one features 'Johnny Hanson', aka John Wright, of NoMeansNo and the Hanson Brothers

The Hanson Brothers are a Canadian punk rock band formed in 1984 in Victoria and currently based in Vancouver. The group is led by John and Rob Wright and Tom Holliston, all members of the punk rock band Nomeansno.
More Information
Please sign in with your email address or Create an Account.
New Products
Compare Products
Compare
Clear All
You have no items to compare.
My Wish List
Last Added Items
Go to Wish List
You have no items in your wish list.
Vinyl Records Vancouver
Categories
Help
Quick Link
Newsletter