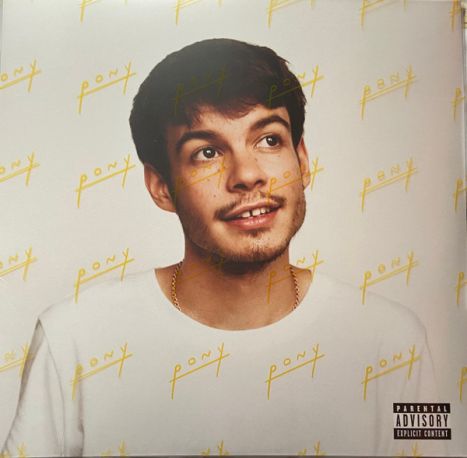 "But behind the scenes O’Connor was struggling, feeling like he was stifled in his work, and trapped, he’s said, in “a tunnel that was very dark”. The first half of O’Connor’s 2019 album ‘Pony’ tells of these darker times. The low-key ‘Stressed Out’ brazenly calls out fake friends who weren’t there when he needed them: “They wanna lie and still be friends / But when you’re at your worst, they’re not there”. ‘Always’ talks about how difficult it can be to ask for help when you need it: “It took a while to see that I was in need / Of help from somebody else”.

But despite the heavier subject matter, O’Connor’s natural charm and positivity for the future shines through. ‘10/10’ ends on an optimistic note as he prides himself on being able to move forward (“Now I’m safe and sound where I belong/It took all my strength to carry on”), while the second half of ‘Pony’ is a jubilant collection of hope-laced tunes.

‘Never Had The Balls’ gallops along, with O’Connor lauding the benefits of talking things through (“When I found my own way out / Was to open my mouth and be honest”). Starting with lilting keyboard chords and birdsong, it gradually builds with a killer ‘80s’-influenced bass line, cinematic strings and jaunty brass riffs. At one point the tune fleetingly ebbs away, with O’Connor’s girlfriend Thea Morgan-Murrell chiming in with a gorgeous, brief, vocal aside, before it all builds up again. It feels like a natural progression of ‘Apricot Princess’, and demonstrates of O’Connor’s skill as a composer.

His intuitive production and songwriting is something that shines throughout the record. Working only alongside producing partner Ben Baptie, O’Connor kept creative control of the entirety of ‘Pony’ – writing, producing and recording almost everything. He hops through different genres, fusing countless influences with his trademark sound. ‘It Gets Better’ blends R&B beats and woozy, layered vocals with soaring, orchestral strings, while album closer ‘It’s Not the Same Anymore’ brings Sufjan Stevens-inspired baroque pop elements into the mix.