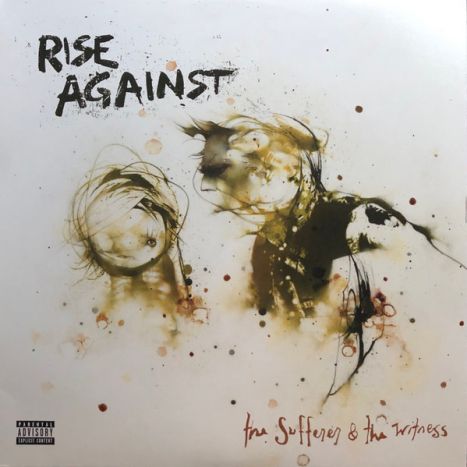 Rise Against - The Sufferer and The Witness


I was all prepared to accuse Rise Against off selling out after the release of their single "Swing Life Away" from "Siren Song of the Counter Culture," released in 2004. But after listening to their 2006 album "The Sufferer and the Witness" I realize that they haven't sold out, they have simply outgrown the limitations of the punk-genre. And it's all good.

2001 saw the release of "The Unraveling," a quality punk album with 16 tracks clocking in at under 37 minutes. (Do the math.) With 2003 came "Revolutions Per Minute," which is as much hardcore as punk with its pummeling drums and group-shouted refrains. "Siren Song" displays Rise Against's evolution as a band, mixing into the hardcore-punk base a few more fleshed-out rock songs that break out of the three chord mold. At a mainstream length 12 songs and 40 minutes and the inclusion of several acoustic moments (not to mention the MTV-embraced "Swing Life Away"), this album shows definite growth.

Now we have the completion of the process, "The Sufferer and the Witness." The leadoff track "Chamber the Cartridge" proves their punk bona fides have not withered away. Next is "Injection" and the pattern of complex, melodic punk-rock is established. Most of the album continues with this pattern, with occasional deviations, always for the better. Some of the best tracks are in the middle of the album. "Prayer of the Refugee" for example begins with an acoustic-ballad sound before roaring into a dramatically uptempo screaming chorus. Next is "Drones," which hews toward punk-emo if there is such a thing, and I mean that in a good way. Rise Against forgoes the typical social commentary/establishment criticism for a personal song with the refrain "If you see me please just walk on by, walk on by...forget my name, and I'll forget it too."

"The Sufferer and the Witness" might not be a purely-punk album, but neither is it a sell-out album. It is, simply, an awesome, genre-defying rock masterpiece showing a band at the apex of their career


Rise Against - Intro/Chamber The Cartridge

Great song, great album, great band
this is noise... no this is the greatest combination off noises that has ever been made

Rise Against - Injection / Done With The Compass