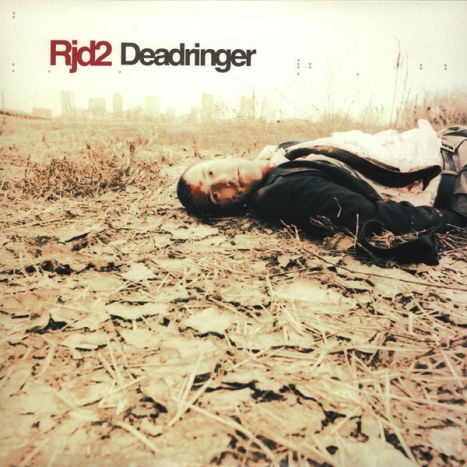 A1 The Horror
A2 Salud
A3 Smoke & Mirrors
A4 Good Times Roll Pt.2
Mixed By  John Chinn


"For a limited run starting this summer, Consider it a little easter egg to say "thanks". Deadringer on yellow, . Once they are gone, it'll go back to standard black

"Salud" is the intro to the story.
"Work" introduces the first two characters I see. A man and his wife, and the love between them two.
"Silver Fox" tells us the job that the man must undertake. He is to kill someone.
"The Horror" is the chase through the city, the job for the man to kill another.
"Take The Picture Off" is the death. This is the murder.
"Shot In The Dark" is when the murderer is arrested.
"Ghostwriter" is the time spent in jail, pending the trial.
"Cut Out To FL" is the interchange between the murderer and his wife, making the plans to cut out to Florida.
"The Proxy" is the flight, but someone catches up with them to murder them.
"Chicken-Bone Circuit" is the death. The couple look back at their lives.
"2 More Dead" is self-explanatory.
"Smoke & Mirrors" is the lament over the deaths.
"Good Times Roll Pt. 2" is the end of the story.


One of the finest first album ever from a hip hop producer. Rjd2 gives here what has become a cult album. No small track on this LP. Every single song is a journey. A journey into soul, hip hop, funk, or even turntablism (cut out to fl). Each track on this album has it's own personality.
Many people have said that this album is the follow up to dj shadow's "endtroducing". That's a real mistake. Because this lp is a sample oriented "abstract hip hop" one that doesn't mean that the sound or the mood are related to the great work indeed of dj shadow.


Gershon Kingsley- Hey Heysample if anyone's interested. It's a class song too.