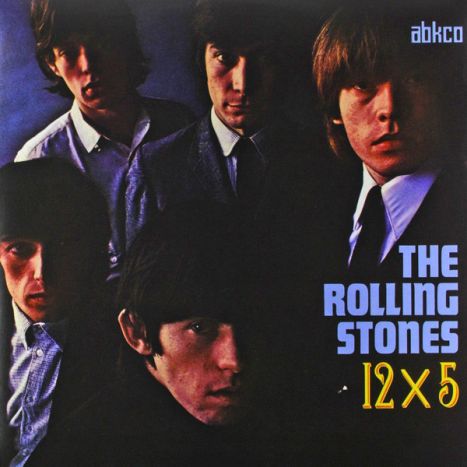 This Clearly Classic edition is based on the original mono mix.

The Stones with Brian Jones started as a Blues Band. That was their primary interest. They got to record this LP at Chess Studios which to me, as a guitarist, would be like a getting to Jam with Albert King. They met Muddy Waters, got offered songs from Willie Dixon, met and had Little Walter on their next UK tour and so on. This was an essential background to the 1960s Blues Revival which started the careers of Eric Clapton, Paul Butterfield, Albert King, Otis Rush, John Mayall and so on.

The tunes, as discussed in previous reviews, are not of uniform brilliance. They were basically tunes they had been performing live for a few years in London clubs. Of the lot "Around and Around" is probably the best and the tune that helped get Chuck Berry back on a career track! It is great, especially the Johnny Otis shuffle in the bridge! "It's All Over Now" also helped the career of Bobby Womack-a great R&B guitar man and soul singer. This tune was a massive hit in the summer of 1964 and has one of the best vocals the Early Stones ever did. The long fade out ending was a prelude the the Beatle's "Hey Jude" a few years later. "Good Times Bad Times", an early Jagger-Richards attempt, was a great use of acoustic 12-string guitar. Probably influenced Jimi Hendrix's "Hear My Train A-Comin'".

My personal favourite on this LP is "Confessin the Blues", a 1940s Blues Standard penned by pianist Jay McShann. It was covered by many including B.B. King, but this is the Chess version of Little Walter Jacobs. Check out the original recording, it's great. This tune has a great arrangement. The guitars copy the Chicago sound and Keith has some of his most effective blues playing ever, a great emulation of Jimmy Dawkins and hard to do, even today! The hand damping triple time shuffle in the second half of the tune by Brian Jones adds so much and its not in the original. Very creative, and no effects!

Of course one who loves Blues has to comment of the Blues Harmonica of both Brian Jones and Mick Jagger. Again, not electricified, but played into the studio mike with reverb, very haunting. The Stones have always been underrated as harpists, but they did much to promote the Chicago Blues Harp. Case in point, "2120 South Michigan Avenue" (the address of the Chess Studios)-just super. Great harp playing and this version includes Keith's snappy guitar solo not in the original US release. And, of course, we have to also mention Keith's top solo ever (to me!) on "It's All Over Now" it's Chuck Berry with speed and soul!

"Empty Heart" I love it and it was a prelude to the Bo Diddley recognition they would do on the "Now" LP. The Vibrato guitar without much singing is almost like a 1960s dance track. "Time Is On My Side" (this is the "organ intro" version released in the U.S. first, I think this is the better one too!), another massive hit from this period, was another attempt by the Stones to cover US R&B Soul tunes. In this case the tune had been a hit for the great Irma Thomas. I always had a lot of respect for Mick Jagger to even attempt to cover tunes by Solomon Burke, The Drifters (Under the Boardwalk) and The Falcons with Wilson Pickett (If You Need Me). That takes guts and they got away with it because most of the originals were not known to the mainstream population at the time.

"Congratulations" was an attempt to write a period Pop Tune. Its chord progression was right out of the 1950s-early 60s doowop era (something like the "Bristol Stomp!"). However the Stones put their own bluesy vocals into it and the "dirt" of the Chess Studios. "Grown Up Wrong" is another writing attempt. This tune clearly pays hommage to Elmore James with its slide riff. This final tune "Suzie-Q" is their cover of Dale Hawkin's classic with the great James Burton riff. Interesting, on this tune Keith's playing outshines Mick's singing. The final guitar solo has quite a spark and that's how we fade out in this set.

"It's All Over Now" was written by Bobby Womack and Shirley Womack. It was first released by The Valentinos featuring Bobby Womack. The Valentinos version entered the Billboard Hot 100 on June 27, 1964, where it stayed on the chart for two weeks, peaking at No. 94. The Rolling Stones had their first number-one hit with this song in July 1964.

Mick is the greatest frontman in the history of rock. But there are also Keith, Bill Charlie, and most importantly Brian. With out Brian, there would be no Stones. We must never forget Brian Jones.

The Rolling Stones - Time Is On My Side

I definitely must say this is one of my favorite songs. I listen to alot of music, but I have to say, This music, this sound, this master piece type of music will never die..