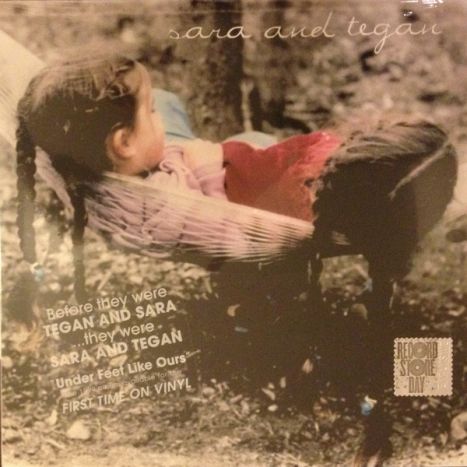 "the word to focus on regarding Under Feet Like Ours is “barebones.” The band’s style is here, but it’s very starkly outlined and sketchy compared to their future endeavors. And it’s not like they aren’t aware of how embryonic their sound is: the bookends “Divided” and five-second “Bye!” begin and end the album with lo-fi tape recordings of a few humorous exchanges with the sisters, and this kind of wide-eyed innocence continues with the rest of “Divided” as they sing their hearts out to compensate for their lack of a fully-developed sound. Under Feet Like Ours lacks the synthesizer worship of the group’s Heartthrob era or the intricate-yet-condensed arrangements of their The Con era, so what we get instead is a more generic and typical look into indie folk music.
With that said, though, it’s still very nicely written and performed. Even this early into their careers, the Quin sisters already possess a knack for storytelling and lyrical detail. Perhaps the most socially conscious track here, “The Trees” is full of nice little stings against the woodcutting industry, such as “The man behind the axe/always gets a full meal/because green never puts up much up a fight.” Then you have the duo’s lament of the price of fame with “Superstar”: “Green is the color of my envy/It's the color of fame/So I'm going to write it down to scream it out/And I'm never going to be the same again.” Apparently the group detest this song today, but I actually find it to be an entertaining little criticism of superficiality - "
More Information
Please sign in with your email address or Create an Account.
New Products
Compare Products
Compare
Clear All
You have no items to compare.
My Wish List
Last Added Items
Go to Wish List
You have no items in your wish list.
Vinyl Records Vancouver
Categories
Help
Quick Link
Newsletter