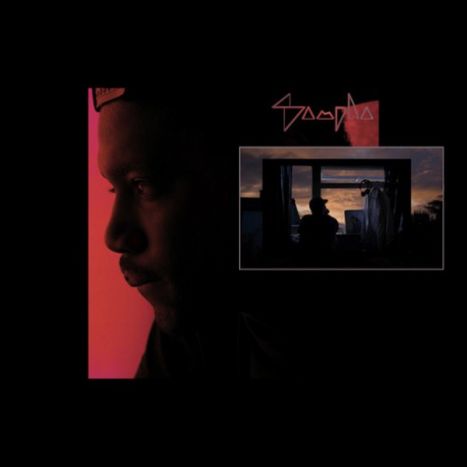 Although hes been producing since he was 13-years-old, Sampha is, so far, best known for his collaborations. The 24-year-old has worked with electronic icon Aaron Jerome, or SBTRKT; hes produced and provided vocals for high-profile artists like Drake, on his track The Motion.

Now, Sampha is breaking away from the sidekick role to focus on his own material. Dont be fooledhis latest project is nothing like his work with SBTRKT. Dual is an intensely intimate EP full of love, heartbreak and struggle. The opening track, Demons, lays down a raw tone that weaves throughout the EPs six songs. The rough bedroom recording has Sampha ignoring a message on his answering machine, while his phone blows up with text messages in the background. Samphas vocals fade in and out as he laments, Take all these demons and go. The relaxed nature of the instrumentals somewhat masks the tension in Samphas lyrics. As calm keys and smooth beats patter in the background, Sampha reveals an inner struggle on tracks like Beneath The Tree, where he sings, Dont fail me now, I need your wishes/theres a monster inside of there/but Im going to keep it there, and on Indecision, where he hesitantly repeats the phrase, Let it all work out.

Known for co-writing and singing on 7 tracks from SBTRKTs critically acclaimed debut album (DJ Mag album of the year and iTunes Electronic album of the Year, 2012), Dual sees Sampha establish himself as an artist and producer in his own right.

* During his downtime from touring the world with SBTRKT, remixing the likes of labelmates The xx and Chairlift, and collaborating with Jessie Ware, Drake and Koreless, Sampha holed himself up in his childhood home of Morden and recorded the 6 tracks that make up the EP.

* Dual offers an intimate and idiosyncratic glimpse into Samphas artistic intent, showcasing his talents not only as an accomplished singer, but also as a gifted songwriter and producer.

Clipped, funk-ridden guitars enter alongside choral-like, abstract synths, all building up to the centrepiece: Sampha's own vocals, which are pretty much medically known for making listeners weak at the knees. - ThisisfakeDIY

Without, the EPs first single, is a warm and oblique piece of digital soul, the sort of song you can close your eyes and get lost in. - Stereogum

Sampha's voice is - as ever - impeccable, and there's a fractured edge which really pulls you in. An almostperfectly formed, hopelessly emotive tale, 'Without' has got us very excited indeed. - Clash Music

Sampha Sisay has a quiet way about him, the sort of soft, hesitant speaking voice that calls for a patientear. Its what makes the raw emotion that spills out of him when he sings all the more startling. When he was a little kid, the youngest of five brothers growing up in South London, his dad would buy a CD every week on his way home from work. One week it would be Pavarotti, the next the Spice Girls. One of those CDs was Worotan by the Malian singer Oumou Sangaré: "I listen to it now and its a big influence on the way I view melodies and scales," he says over an early lunch in Brixton Market.

"That immediacy of melody,those rhythms, and the production awakened something in me." "Awakened" is a word that speaks volumes of Sampha. And after years of collaborative projects and behind-the-scenes work, the 24-year-old is now, as he puts it, "more comfortable with the idea of showing the world what I do by myself." While he provided vocal hooks to the frenetic beats of SBTRKTs 2010 12"s, it was his 2011 duet with Jessie Ware, "Valentine", that first showcased the full potential of his voice: warm, worn, and seemingly born from a place of pain. (The track's silk-spun production was his, too.) He went on to have a key supporting role on SBTRKTs debut album that same year-- writing lyrics for and singing "Hold On", amongst others-- and was the masked performers keys-and-percussion sidekick for an intensive period of touring that swallowed up most of 2012. The more playful side of Samphas sonic palette got an airing earlier this year with his Short Stories side project with Koreless. Then, out of the blue last week, he popped up on Drake's new single "The Motion", for which Sampha contributed both the suspended-emotion production and vocals. That Drake saw him as a producer clearly means a lot to Sampha as he talks disbelievingly about traveling to the rapper's studio in Toronto. Yet, like Drake, it's the trials and tribulations of family life-- Samphas father passed away when he was nine and he is very close to his mother and brothers-- that have shaped his approach to music above all else. Dual, his forthcoming solo EP due out July 29 via Young Turks, teems

with such moments. At one point, he addresses his absent father; at another, the stomp of his mothers feet is audible beneath his piano playing. Its a deeply personal record that Sampha says was partly inspired by "the duality of telling someone 'Im fine' but feeling different internally-- that performance aspect of your life, creating this person for other people." - Pitchfork Rising


Sampha - Beneath the Tree