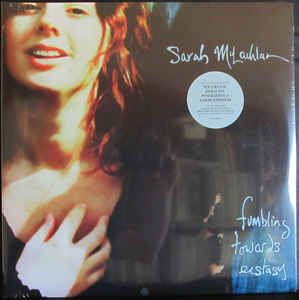 Premastered and editing bat A.R.P. Studio.
Barcode and Other Identifiers

( amazon customer) " This album is her most layered when analyzing the songs selected on it; there are at least three strong, steady songs such as Possession, Hold on and Circle. Slow hymn-like ballads which are some of the finest material here, Good Enough, the best and most dark song ever - Ice, lighthearted and
comforting in its athmosphere - Mary and other mid-tempo pieces like Ice Cream, Circle they really improves that Sarah McLachlan truly deserves to be treated as one of the best artists of her time. " " ''Ice'', is another song with lot's of instrumentation, but crafted well with a bit of a rock sound to it.