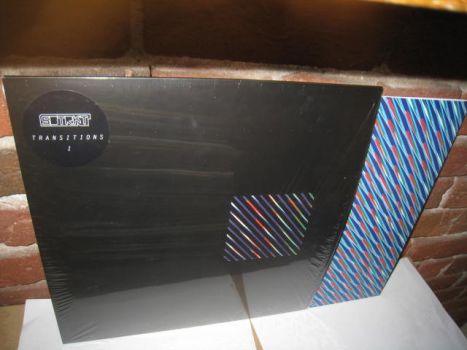 B1 Hold The Line


Londoner Aaron Jerome adopted the SBTRKT moniker and dons tribalistic masks to maintain anonymity as a producerto literally subtract himself from the visible representation of his sound. 2011s self-titled debut was fronted by big-name vocal guests like Sampha, Little Dragon, and Jessie Ware, but now the completely instrumental Transitions EP puts the focus back on Jerome, as he edges ever closer to dropping album number two.

This is music written over the last year, whilst recording for my second album. Much of the music I released before my debut album was instrumental and I want to continue to share this side of the music I make, Jerome says of Transitions, a trilogy of distinct couplets. The EP is an admitted nexus between his first two major projects, whilst serving also as an epilogue for the first and a prologue for the second. It offers a rare insight into both the past and future of SBTRKT.

Transitions introductory and best-developed couplet, Transitions I, references the dark, energetic, future-garage side of SBTRKT. The heavy jungle pulse of Gamalena is decorated in birdsong samples and shoe-squeak melodies, and has an irresistible confidence despite being oddly reminiscent of that old Nike basketball commercial. Moving into the perfectly glitchy Hold The Line, its clear even now that this is SBTRKT at his most percussive and immersive.
More Information
Please sign in with your email address or Create an Account.
New Products
Compare Products
Compare
Clear All
You have no items to compare.
My Wish List
Last Added Items
Go to Wish List
You have no items in your wish list.
Vinyl Records Vancouver
Categories
Help
Quick Link
Newsletter