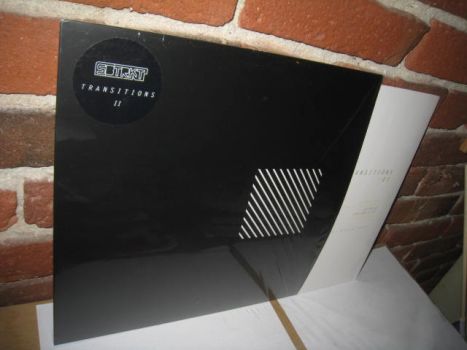 
This is music written over the last year, whilst recording for my second album. Much of the music I released before my debut album was instrumental and I want to continue to share this side of the music I make. This series of tracks is titled Transitions.  SBTRKT

Since the release of his debut album in 2011, SBTRKT has cemented his role as one of the most acclaimed electronic artists and performers around. What began as praise in his hometown of London has now reached to every corner of the globe.

SBTRKT launches the second instalment of Transitions, a collection of six instrumentals written and produced over the past year that reference the creative process that led to his debut album.

The Transitions series will be released through Young Turks on three individual 12 records. Each one will feature artwork and 2D Moiré animation by A Hidden Place. The action of removing the inner bag from its sleeve creates a unique visual effect which is replicated digitally by moving the mouse on the Transitions website.

Die-cut jacket and printed inner with download coupon. The 2nd in a fleet of 3 EPs from SBTRKT paving the way for his 2nd album. We find the masked man at his most contemplative with the beautifully sullen chamber-pop chords and white noise snare punctuation of 'Resolute' backed by the Koreless-meets-Haruomi Hosono occidental chiptune winks of 'Kyoto'.