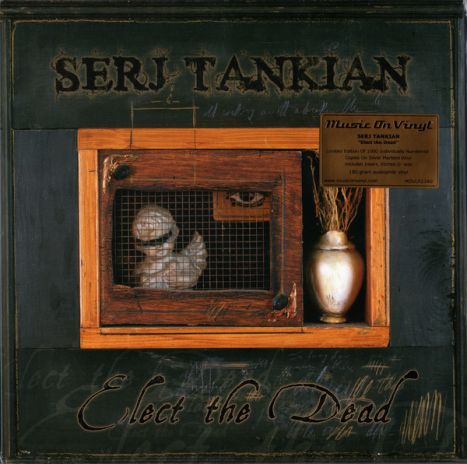 " It was always on the cards that Armenian-American powerhouse Serj Tankian would one day make an album of his own.

His work as frontman for alt. metallers System Of A Down, as much as it made his name and helped shift over 16 million records, was never going be enough to satisfy his own creative energy and musical visions.

On Elect The Dead, his debut solo outing, Tankian plays virtually all the instruments (except drums and strings) and seeks to make his mark as an implacable, resolute critic of the U.S. capitalist system and a self-appointed waker of the unthinking dead.

His persuasive vocal style, as SOAD fans will know, is the perfect tool for such a job. Switching between acerbic screams and gentle croons, bellicose baritones and high-pitched falsettos, he sprays his embittered lyrics like gunfire across a set of songs that are as elastic and bombastic as a SOAD soundtrack, albeit with some fairly major differences.

The gut-punch opener "Empty Walls",” gets the album off to a recognizably heavy start, and sets the scene for Tankian to veer vertiginously between a dizzying array of emotions – anger and despair, sadness and hope – to a background of dense guitar blasts, heavy-duty drums, Queen-esque operatics and epic hardcore thrusts.

There's certainly versatility in the music. The jazz-infused rap-rock style of "Praise the Lord and Pass the Ammunition", the chugging, serrated rock of "Beethoven’s C**t", and the gothic-hardcore of "Money" are just some of the different spices that flavour Tankian's heady musical mish-mash.

Unfortunately the lyrics are not quite as moving. As sincerely motivated and impassioned as they are, songs like "Money" - a cynical look at how cash controls the world – are hardly telling us anything we don't already know, and statements like 'we are the cause of a world that’s gone wrong' and 'civilization is on trial' can become, well, tedious.

Though it diverges away from the SOAD sound in many places, fans of the band may will probably like Elect The Dead, if only for its slew of heavy duty moments and the compelling power of Tankian's voice'.( BBC)