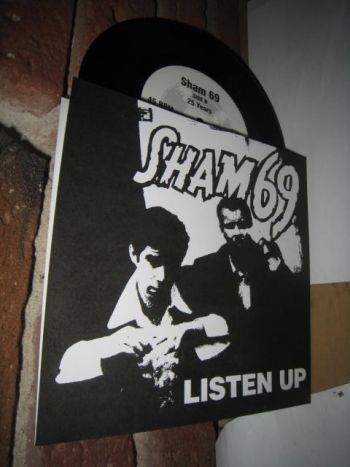 
Sham 69 were quite simply one of the top Punk bands of the late seventies. Led by the charismatic and irrepressible Jimmy Pursey they produced a stream of catchy, populist, short punk tunes including 'If The Kids Are United', 'Hurry Up Harry' and 'Angels With Dirty Faces' that made the British charts.

Although not as commercially successful as many of their contemporaries, albeit with a greater number of chart entries, Sham 69 has been a huge musical and lyrical influence on the Oi! and streetpunk genres. The band allegedly derived their name from a piece of graffiti that founder Jimmy Pursey saw on a wall. It originally said Walton and Hersham '69 but had partly faded away, and made reference to when Walton & Hersham F.C. secured the Athenian League title in 1969.