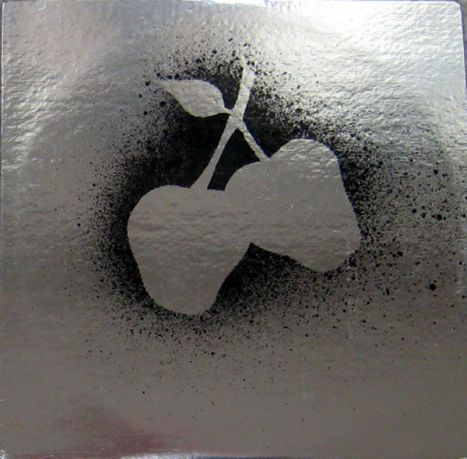 Dancing Gods, a Navajo Indian ceremonial handed down through the generations. Originally each thought of the dance was repeated four times for the "psychic effect of these hundreds of people who gathered to bring health to their friends."
INSTRUCTIONS: Play Twice Before Listening.

Record is VG++ has some light wear (listen to our copy)

Oft-sampled electronic pop pioneers the Silver Apples released two exceptionally influential, off-kilter records in 1968 and '69, then apparently vanished. The group was formed in New York City in the psychedelic heyday of 1967 by drummer Danny Taylor and protosynth player Simeon, who quaintly named his hand-built instrument the Simeon. Taylor was a powerhouse of polyphony and his looping, loping playing is the engine that drives the Apples' experimental music, characterized by snippets of found sound, weird and warbly high-pitched singing, stray banjos, and--most importantly--the battering, buzzing, bleeping beauty of the Simeon synth. The two albums are a bizarre, sincere mixture of avant-garde sensibilities, pop melodies, folk-psyche song structures, overwrought poetry, and hefty percussion. It is difficult-to-describe, signature music that ranks high alongside the most forward-thinking avant-prog. The group got back together in the mid-'90s, spurred on by the enthusiasm that many acts showed for their music (the group has been name-checked and more by Spacemen 3, Low, and Stereolab). But as is often the case, the reunion records just don't quite cut it--this one LP   has everything you need. Lazy electronic musicians are encouraged to sample the heck out of this band; you won't be the first

With a strange dischordant funkiness, this band emits the rough appeal of Bjork with the oversampled mixes of Tricky. Don't let this comparison dissuade you, it is very difficult to explain Silver Apple's sound, but this is the nearest and most recognizable example that popped to mind when comparing Silver Apples to contemporary bands. If nothing else the sheer technical and aesthetic achievement (in the 60's!) of this album makes it important to any electronica listener. The mixes, classical samples, and loops are uncolored by modern electronic music, making this LP more original in its sound now then when it was first released. I truly encourage you to open your ears and tastes to this early deviation that has now become a major musical style.