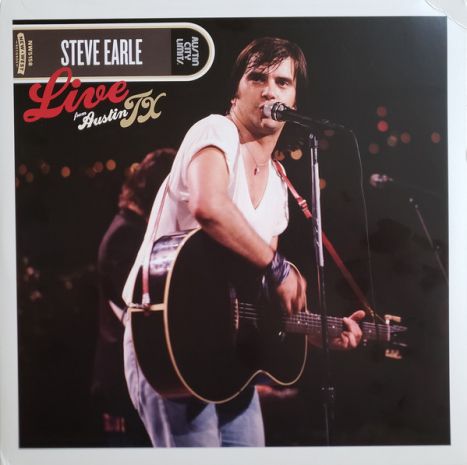 "When Steve Earle stepped onto the Austin City Limits stage on November 12, 2000, it had been 14 years since his first appearance in 1986. In between it must ve seemed like he had lived several lifetimes. A bout with drug addiction sidetracked him in the early 90 s, but by 1994 he was recovered and more ornery and prolific than ever. In fact, in the years since, he released five albums, including his latest at the time of this recording, Transcendental Blues. Of the record, Rolling Stone wrote, These songs weave threads that bind Ireland and the American south, rockabilly and the Beatles, folk music and muscular rock and roll"