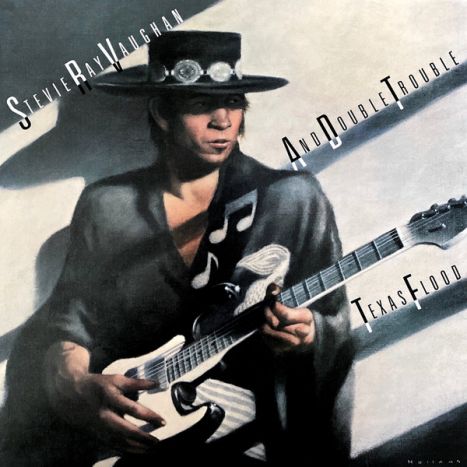 The actual release is February, 2017.

Stevie Ray Vaughan is a musician of immeasurable talent and influence. When "Texas Flood" was released, there hadn't been anything like it heard since Hendrix. His tone on that old beat-up stratocaster was hot and brown. (A brief digression on the "brown" sound - Eddie Van Halen said it was the difference between hitting a block of wood with a hammer and hitting an anvil. If you don't get that - don't bother.)

Texas Flood was a stunning collection of upbeat tunes and instrumentals mixed evenly with hair-raising slow blues. SRV wired that stratocaster with cables, (seriously, his guitar gauges were ridiculously thick), then he bent those strings into tortured notes that hit your eardrum the way a bite of your momma's apple pie hits your tongue or the way Catherine Zeta Jones hits the eye.

The title tune is a slow blues jam with Stevie's great vocals mixed in with his guitar solos scorching sound waves at times he bends strings up TWO half-frets, choking the life out of that strat. The previously mentioned "Pride and Joy" is more uptempo and everything good about guitar-based Blues can be heard on that track. "Mary Had A Little Lamb" takes several children's nursery rhymes and puts them to the 3-chord miracle that was Double Trouble.