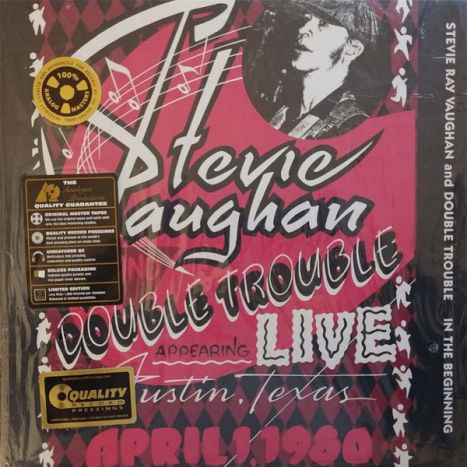 Stevie Ray Vaughan And Double Trouble ‎– In The Beginning

. Because the sound here is so spectacular and so betters the originals, everyone involved deserves mention from Barry Wolifson who maintains Sterling’s Neumann VMS80 lathe to Gary Salstrom who runs the Quality Record Pressing plant’s plating and pressing facility.

" This is where the (recorded) legend began. Hear SRV in a somewhat raw, yet fairly well recorded setting. This is a radio show SRV and double trouble with his original bassist did in the very late 70 to early 80's. " ( Amazon)