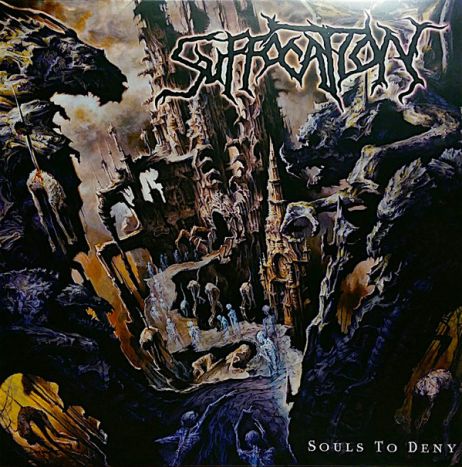 Technical Brutal Death Metal band from Centereach, New York, United States.
Formed in 1989 by Frank Mullen (vocalist), Josh Barohn (bassist), Mike Smith (drummer), Doug Cerrito (guitars) and Terrance Hobbs (guitars).
In 1990 the band recorded a demo, "Reincremation" and an EP, "Human Waste" in 1991. That same year they released their first full-length, "Effigy Of The Forgotten". After the release Josh Barohn was replaced by Chris Richards.
In 1993 they released "Breeding the Spawn" which turned out to have a poor production. Mike Smith also left the band after this release and was replaced by Doug Bohn. With a new drummer they released "Pierced From Within" in 1995. On tour, Frank Mullen was replaced by Keith DeVito. Doug Bohn eventually also left the band and was replaced by Dave Culross.
In 1998 they released the EP "Depise the Sun". That same EP was apparently the band's last record as they broke up shortly after.
However, in 2002, the band was resurrected by Frank Mullen, Terrance Hobbs, Derek Boyer, Guy Marchais and Mike Smith. They began playing live shows and in 2004 they released "Souls to Deny".