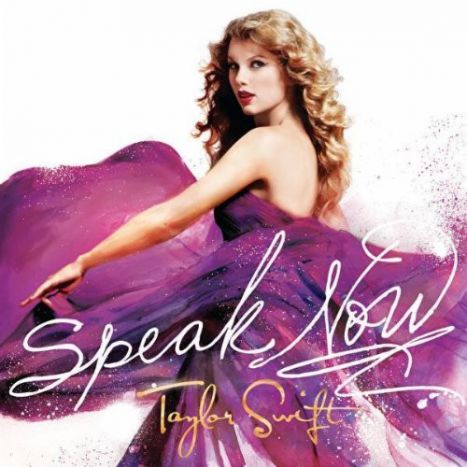 Taylor Swift made a big deal about having this album on Vinyl, I understand why. Great music, I'm impressed.

With "Speak Now" Taylor Swift ups the singer/songwriter aspect of her art and turns down the radio-ready emphasis a notch. It is a little less calculated and a little more comfortable than her last two, especially 2008's non-stop hit factory "Fearless."

I think she looks absolutely beautiful in this..this is one of the best songs on this album in my opinion

It is also less focused and tight, but since this is Swift's debut effort without any co-writers, her melodies and lyrics composed independently, this was inevitable. The result is akin to comfort food - unpretentious, honest and warm. She has the natural talent and flair for catchy song craft to make a less precious recording - which "Speak Now" certainly is - work especially well.

Because Swift was clearly given more leeway to do as she pleases both her strengths and excesses are more prominently on display than previously. A few of her melodies sound simple and similar to one another, and she is often bursting with lyrics, with every other tune or so a bit overwritten. However, this is also one of the strengths of "Speak Now." It shows that Swift is the real deal - an artist from whom strong songs flow naturally.

Much has been made of the men whom Swift has written songs about, and that transparency shows her age, but "Speak Now" proves she does not need the controversy to validate the music. From the inventive, shrewd, near power-pop of "The Story of Us" and "Enchanted" to the elegant, apologetic "Back to December," these songs stand on their own.

Accents of country remain, but Swift is transitioning into pop/rock territory, and she cannot be blamed for it - at 20, she is, in spite of her major success, still finding her voice. "Mean" with its cheeky, smartly executed humor, is the only outright country tune.

"Someday I'll be living in a big old city and all you're ever gonna be is mean," she forecasts.

Her eye for detail and sense of levity are prominent. In the classy, tuneful title song she paints the picture of a wedding - which she hopes to put a stop to - in delightful detail:

"...and she is yelling at a bridesmaid somewhere back inside her room wearing a gown shaped like a pastry."

She also plays the role of big sister on "Innocent" and "Never Grow Up," affectionate odes to the importance of childhood. The latter especially demonstrates her depth as she sings of the importance of love, family and innocence.

"But don't make her drop you off around the block," she affectionately sings to her younger listeners about their mothers. "Remember that she's getting older too, and don't lose the way that you dance around in your PJs getting ready for school."

In an industry with plenty of flesh and flash and little substance, Taylor Swift remains refreshing and real, and "Speak Now" is just the right record for her to be releasing now - a collection of songs that proves the validity - and sincerity - of her still-burgeoning talent.