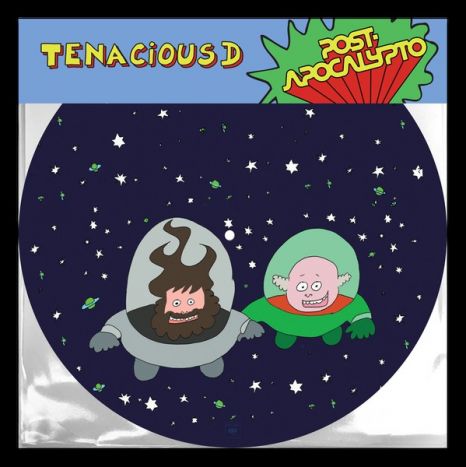 Tenacious D in Post-Apocalypto is an American animatic episode series by Jack Black and Kyle Gass as Tenacious D, released independently through the band's YouTube channel. In late November 2018, all of the episodes would be uploaded as one video as a "full movie"

Post-Apocalypto is the fourth studio album by American rock band Tenacious D. Produced by bassist John Spiker, it was released in North America on November 2, 2018, by Columbia Records. In addition to core members Jack Black and Kyle Gass, the album also marks the return of John Konesky (electric guitar), Spiker (bass) and Dave Grohl (drums), who have all performed on previous Tenacious D albums. The album features songs and audio snippets from Tenacious D in Post-Apocalypto, the band's animatic YouTube series to support the album.