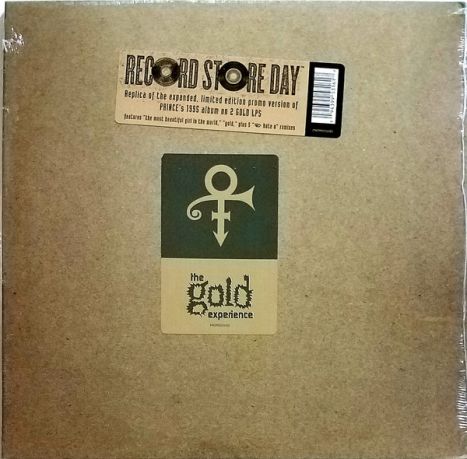 The Artist (Formerly Known As Prince) – The Gold Experience

The Gold Experience was the first Prince studio album to be credited to his unpronounceable symbol, and was released at the most public, heated stage of his battle with the major label industrial complex. With the word “SLAVE” written on one cheek, Prince shined on the opulent ballads “The Most Beautiful Girl in the World” and “Gold” and the defiant single “Eye Hate U”. This 1995 masterpiece earned widespread critical acclaim.

( Ultimate prince) "iCredit, at least in part, goes to the NPG, who were at the peak of their funky powers. The album sizzles with attitude, moving from rock to soul to hip hop and back again with grit and grace.

"The Gold Experience album was, like, this band had really just [emerged as a] crunched-down, super-tough, well-rehearsed band," keyboardist Morris Hayes told Minnesota Public Radio in 2018. "That was like a powerhouse band."
Releasing "The Most Beautiful Girl in the World" was Prince's attempt to convince Warner Bros. that he could share music as it was recorded, rather than settling for their more spaced-out time table. It promptly went Top 5 on both the Billboard pop and R&B charts. But Prince's label held firm.
P. Control
The rest of The Gold Experience was recorded around the same time, with principal sessions taking place in the fall and winter of 1993-94. Together, they also celebrated feminism on the hard-funk "P Control," got harder still on "Endorphinmachine," engaged social issues on "We March," then tried for another soaring "Purple Rain" moment on the closing "Gold."
If not for the goofy "NPG Operator" interludes, it might be called another masterpiece of Prince eclecticism. At the same time, his war with Warner Bros. continued to bob to the surface: "Eye Hate U" felt like a sucker punch aimed at his label, and Prince promptly released it as the follow-up single to "Most Beautiful Girl."

Nevertheless, The Gold Experience soared into the Top 10, confirming the era's sense of rebirth. It wasn't just the new name. Prince had also become enamored with Betty Eagie's near death-themed Embraced by the Light, which had a direct influence on his reincarnation tale in "Dolphin."