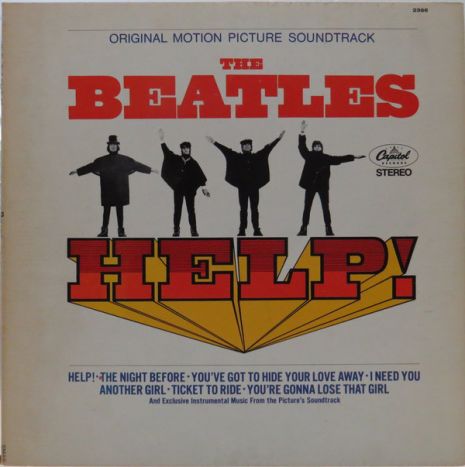 Record is VG++ Clean mint (listen to our copy)

Help! is the soundtrack to the second Beatles film. The songs from the soundtrack really don't convey the feeling of the film (a loose spoof of James Bond films) like their first soundtrack did, but who cares as the album stands up on it's own. The title track may be the most confessional of John Lennon's career, "Ticket To Ride" has a slow driving force, "It's Only Love" questions feelings and "You've Got To Hide Your Love Away" is another Lennon gem. "Act Naturally" is Buck Owens song, but it may have well been written for Ringo Starr. It perfectly captures the essence of Ringo, who gives one of his best vocal performances. Paul McCartney stepped up to the plate bigtime with "I've Just Seen A Face" and "Yesterday". that song has become a pop standard and is the most recorded song of all time.