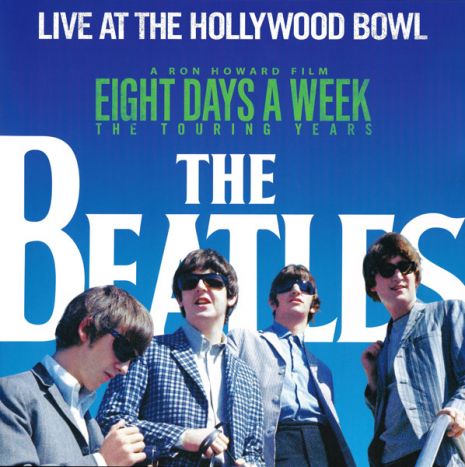 The Beatles ‎– Live At The Hollywood Bowl

"The best of them – "Twist and Shout," "Can't Buy Me Love," "Boys," "Help!" – are ragged garage rockers that bristle with the energy the band brought to its fabled Hamburg sets just a few years earlier. And on less scruffy songs like "Baby's in Black" (one of four new tracks not found on the 1977 edition) they still display a wildly electric pulse not found on the tamer studio versions.

But the biggest revelation here is the sonic upgrade; you can actually hear the Beatles over the relentless audience squeals now. It's the best presentation of the live Beatles ever assembled, with precise instrumental definition that's almost entirely missing on other recordings. You can thank Giles Martin, son of the group's late producer and collaborator George Martin, for getting these 50-year-old tapes in listenable shape.

Still, through it all, the excitement of Beatlemania rings throughout Live at the Hollywood Bowl's 45 minutes. As John Lennon and Paul McCartney introduce songs, their hoarse words are nearly drowned out by the crowd's cries, and the sea of high-pitched screams that greets each song at its start is still deafening all these years later. Did it matter which songs they were singing on the Hollywood Bowl stage five decades ago? Probably not. And the album isn't going to convince you the Beatles did their best work onstage. But it does give you an idea just how much Beatlemania, in all of its screeching glory, played a part in their legend."