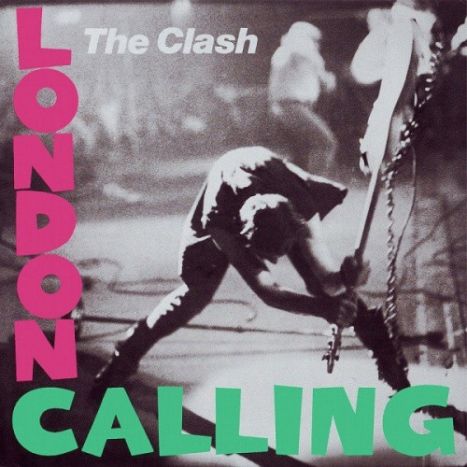 
The double-album London Calling is a remarkable leap forward, incorporating the punk aesthetic into rock & roll mythology and roots music. Before, the Clash had experimented with reggae, but that was no preparation for the dizzying array of styles on London Calling. There's punk and reggae, but there's also rockabilly, ska, New Orleans R&B, pop, lounge jazz, and hard rock; and while the record isn't tied together by a specific theme, its eclecticism and anthemic punk function as a rallying call.


While many of the songs  particularly "London Calling," "Spanish Bombs," and "The Guns of Brixton"  are explicitly political, by acknowledging no boundaries the music itself is political and revolutionary."The Guns of Brixton" features Paul Simonon's bass as the lead instrument (and his vocal) and the result is a very cool reggae number about racial violence,


But it is also invigorating, rocking harder and with more purpose than most albums, let alone double albums. Over the course of the record, Joe Strummer and Mick Jones (and Paul Simonon, who wrote "The Guns of Brixton") explore their familiar themes of working-class rebellion and antiestablishment rants, but they also tie them in to old rock & roll traditions and myths, whether it's rockabilly greasers or "Stagger Lee," as well as mavericks like doomed actor Montgomery Clift. The result is a stunning statement of purpose ..

This is one of those rare records that never lets up from beginning to end and is truly packed with with some of the Clash's greatest songs. Their cover of "Brand New Cadillac" is just smokin rockabilly, "Rudie Can't Fail" is irresistable reggae rock, "Clampdown" is just pure Clash style punk with angry lyrics and a thumping rhythm,


There is also the ultimate Clash song, "Death Or Glory", which is a culmination of everything the Clash are. It is a kind of merging of their early punk thrash with the more sophisticated arrangements they were growing into at this point. About a gangster trying to settle down it opens with Joe Strummer's raspy voice singing, "Now every cheap hood strikes a bargain with the world and ends up making payments on a sofa or a girl" Rock and Roll doesn't get any cooler than this..


The Clash - Guns of Brixton

Clash = Music, attitude and punk rock
the most important punk band in the 70's-80's