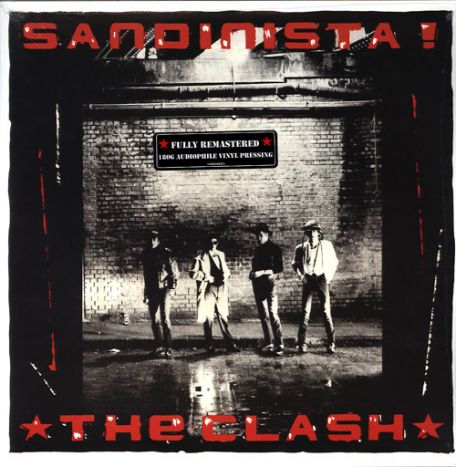 Lightning Strikes (Not Once But Twice)
4:48

Both London Calling and Sandinista employ many different musical styles, but while London Calling has the edge in power, Sandinista is more imaginative. Furthermore, as good as the music on Sandinista is, it is the compelling atmosphere of the songs that is its crowning achievement, even its genius. The eccentric "Junco Partner" is the most amusing reggae I have ever heard, and the calypso "Let's Go Crazy" is fabulous. The pretty "Rebel Waltz" and its harpsichord overlays are an interesting variation on the theme of revolution.

Sandinista has its share of power workouts too, including the vibe-laden "Hitsville U.K.," in which Mick Jones's girlfriend Ellen Foley joins him to create a single-voice-effect harmony, as well as "Ivan Meets G.I. Joe," with its neat video game/space battle background, and "The Sound of the Sinners," with its zippy acoustic guitar and great sarcasm. But there are also songs in the London Calling knock-em-out vein: "The Leader," "Police on My Back," "Midnight Log," and the album's strongest entries: "Somebody Got Murdered" and "Up in Heaven." Some of the longer, atmospheric tracks, such as the funky "Lighting Strikes" and "The Equaliser," seem to drag on, but the musical background is always interesting.

Don't forget the lyrics: the at once melodramatic and mournful "One More Time" is a highly evocative, reggae-style demand for ghetto justice, and "Something About England" should be listened to carefully. Lastly, "Washington Bullets," one of the best tracks, is effectively the title cut, and based on what I just stated, it is not hard to figure out what it is about.

The Clash - Somebody Got Murdered

RIP Joe true genius some of the best lyrics ever written

Joe Strummer - what kind of manic energy does it take to spit out all those lyrics in that cadence and that tempo - I near passed out just watching it - late to the party as usual - but I have to say that was fantastic - right down to the set design and stage moves - just fantastic -Strummer was instrumental in setting up Future Forests (since rechristened The Carbon Neutral Company), dedicated to planting trees in various parts of the world in order to combat global warming. My kinda punk..

THE CLASH HITSVILLE UK this is the hidden Clash GEM... I never knew the lyrics before, I totally get it now, it's their story..