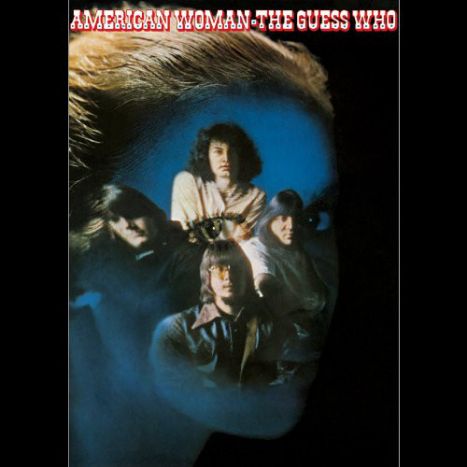 Mastered impeccably by Joe Reagoso and pressed at R.T.I.

Friday Music is no stranger to The Guess Who and Randy Bachman catalogs of fine music, so it is with great honor to continue the Guess Who180 Gram Audiophile Vinyl Series with the release of the mega platinum American Woman.

American Woman was released 50 years ago in1969 and the subsequent single knocked the Beatrles off the charts.

After a string of non-stop hit singles and chart albums, The Guess Who finally achieved their biggest album yet with the mega classic Amercian Woman. This amazing album captured the music industry by storm and featured several smash #1 singles and solid album tracks, keeping this album in the top of the album charts for over a year.
Side One features the classic title # 1 rocker American Woman. For a song originally intended as a jam in the studio, the quartet of Randy Bachman, Burton Cummings, Jim Kale and Gary Peterson soon put the world on its ear with this brash and bold commentary. Quickly rising to the top of the music charts, this tune would set the album up for its success which would go on now for over forty years.
Their next super smash No Time would again make the band more music history as it landed in the top ten and showed the guitar technique of Randy Bachman which would serve as a precursor to the heavy metal sound he would later achieve with Bachman Turner Overdrive. The brilliant vocals of Burton Cummings and the three part harmony from the rest of the band made this musical manna in the summer of 1969.
Radio would serve them another number one as programmers soon found the B-Side of the American Woman 45 equally appealing as No Sugar Tonight would become another significant chapter in this Canadian supergroup s history.
More heavy hitters like When Friends Fall Out and Proper Stranger, the progressive ballad Talisman and the powerful blues shuffle of 969 (The Oldest Man) truly made the American Woman album one of the most important albums of the seventies and has continued to earn accolades into the new millennium with praise from new artists who have gone on to cover a number of tunes from this watershed release.
, this monumental masterpiece truly resonates the true rock and soulful performances of The Guess Who at their creative peak.