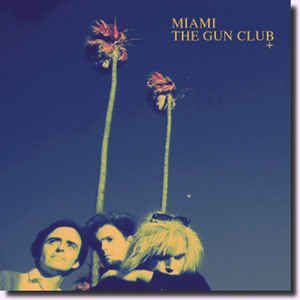 
The Gun Club were somehow always identified as a punk rock band. Maybe its because of the time and place of their inception (los angeles in the early 80s), or maybe it was because of who they hung out with (Debbie Harry, Nick Cave and the Cramps are always mentioned in the same breath as them). Whatever the case, this album really illustrates how that term was inadequate to describe the band.

Sure, there are a few tracks that have the requisite jagged guitar playing and 4/4 drumming to qualify, but there's so much more here than that. It explores various different strains of American roots music, with a particular emphasis on country via the use of pedal steel guitar, and treats each with the same stripped down, back-to-basics approach. Its a demonstration that you can make very complex and compelling music without having 10 minute long, virtuosic solos or recording studios that look like they were designed by NASA. I suppose that sort of mentality about music is at the core of what punk rock is about, but there's probably more people out there who hear the term punk and automatically think mohawks and leather than there are who hear it and think of stuff like this.

The album starts off with "Carry Home", a rolling, dirty garage song that changes tempo suddenly and wouldn't sound out of place on the Nuggets box set. It goes from there through a sort of review of the aforementioned roots thing, and on to some weird tribal psychedelia ("Watermelon Man"), some traditional punk ("Bad Indian", "Sleeping in Blood City", etc), and then back to the roots thing with "John Hardy" and "Mother of Earth". The sound throughout is tinny and almost ghostly, as if it were recorded in the period it continually references. Throughout it all, Jeffrey Lee Pierce demonstrated his uncanny knack for conjuring up vivid imagery with the simplest language. He was one of the few rock songwriters capable of writing in a style that had attitude and sex appeal without sacrificing any emotional depth.

I'd hate to say something as trite as, "well if you like the White Stripes, you'll love this!", but I'm sure you'll hear echos of that same sort of vibe in the Gun Club's music. I'm not trying to put down anyone like that either, but there's something about the Gun Club, and this album in particular, that makes the most recent wave of garage-inspired hit-makers seem somewhat uninspired.