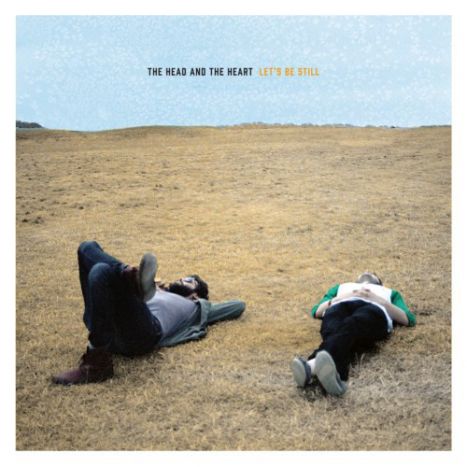 The Head On The Heart - Let's Be Still


In 2010, Virginia native Jonathan Russell and California transplant Josiah Johnson formed the core songwriting partnership of The Head and The Heart in their new hometown of Seattle.

The band was quickly rounded out with the addition of drummer Tyler Williams, keyboardist Kenny Hensley, vocalist/violinist Charity Rose Thielen and bassist Chris Zasche. Their 2011 debut album on Sub Pop became one of the label s best-selling debut releases to date. In a few short months The Head and The Heart went from playing open mic nights to selling out San Francisco s Fillmore, Seattle s Paramount Theatre, New York s Terminal 5 and more, building a loyal fan base across the country.

The 2013 album, Let s Be Still, is a snapshot of a band that didn't exist just four short years ago. The album was recorded at Seattle's Studio Litho with assistance from prior production collaborator Shawn Simmons. Later, the band traversed the country to mix the album in Bridgeport, CT, with Peter Katis, revered for his work with bands such as the National, Interpol, and the Swell Season.


This sophomore album from "The Head and the Heart" is very welcome. Whilst a band from Seattle and signed to Sub Pop Records their music is much more folk rock orientated without a hint of the grunge in which that label once specialised. Their self titled debut sold a respectable 300,000 across the US and they have toured incessantly over the past two years supporting bigger acts like Mike Morning Jacket and Death Cab for Cutie.

The big time may therefore be around the corner and they sit on the cusp of much wider recognition. "Let's be still" is a slightly nosier beast than their debut and more consistent. It shows growing confidence and songs like "Homecoming Heroes" and "Summertime" have a spring in there step. Yet there are far from the most impressive on this set.

It is songs like "Another Story" where the bands true qualities shine not least the superb harmonies which underpin the songs. It is a standout track albeit telling the heartbreaking story of the Newtown tragedy at the Sandy Hook School as viewed through the eyes of band member, Josiah Johnson. The gentle acoustics of "10,000 Weight in Gold" is probably nearer to the vibe of their debut and is a lovely ballad, whilst the pounding "Shake" shows that when the band plug in the electric guitars they can make a glorious noise.

The new album, Let's Be Still, captures the same subtle moments of their debut while exploring new musical territory. The first single, "Shake," moves from an edgier than expected rock beat and riff to big layers of vocals, bass and keys. As a teaser to the album, "Shake" suggested Let's Be Still would be chock full of rock songs.

Yet the band haven't shunned their folk-rock roots. From the Jayhawks-esque opener "Homecoming Heroes" to the lush strings and falsetto on "Another Story," it becomes obvious that The Head and The Head are more than a one-hit-band. The title track and "Cruel" fit the club or the coffee shop. Let's Be Still contains the rhythm the band previously struggled to harness without sacrificing the open space between the notes, melodies and verses.

The Head and the Heart accomplish more on Let's Be Still than presenting their ability to write and arrange melodies; they deliver a more mature set of songs that tell stories. The lyrics convey more emotion than their previous effort. They manage to balance the pitfalls of being either cliche or pretentious. Listen to the tender vocal delivery by Charity Rose Thielen on the hopefully depressing "These Days Are Numbered" or the brutal honesty in the duet performance on "My Friends." The album is as relatable as it is listenable.

The Head and the Heart - Shake


The Head and the Heart - Another Story


The Head and The Heart - Let's Be Still