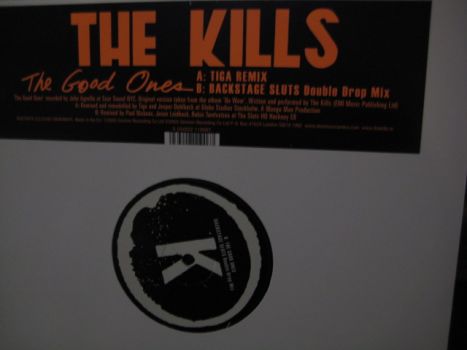 A The Good Ones (Tiga Remix)

B The Good Ones (Backstage Sl*ts Remix)


Long awaited vinyl release of the stunning Tiga mix of the Kills' previous hit single 'The Good Ones'. The canadian wunderkind has worked his magic again transforming it to new heights of steamy floor stomping and fringe tossing. The driving tempo is drenched in the fuzzy guitars and snarling duet of VV and Hotel's original, shoehorning what was a loose-limbed shaker into a more streamlined but no less potent club version, with a breakdown that's a dead cert for pandemonium. On the reverse newcomers Backstage Sluts deliver an epic breaks version.
More Information
Please sign in with your email address or Create an Account.
New Products
Compare Products
Compare
Clear All
You have no items to compare.
My Wish List
Last Added Items
Go to Wish List
You have no items in your wish list.
Vinyl Records Vancouver
Categories
Help
Quick Link
Newsletter