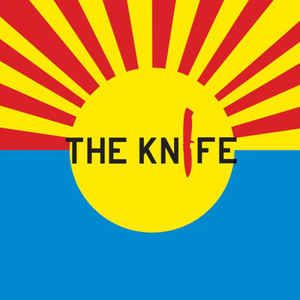 The Knife - The Knife


Although it inevitably falls somewhat short of the excellent and utterly original albums that followed it, the Knife's self-titled (and originally self-released) 2001 debut does more than merely hint at the duo's potential. For one thing, it reveals that their strange and idiosyncratic sensibility was fully apparent right from the beginning -- this couldn't possibly be mistaken for the work of any other band.


In fact, within The Knife's considerable emotional range, and featuring the same inventive approach to synth programming and textural exploration, it already contains all the stylistic and musical elements that the duo would develop further on their later albums, encompassing both the glistening, off-kilter dance-pop of Deep Cuts and the frosty, otherworldly darkness of Silent Shout.


And then of course there's Karin Dreijer's voice, which isn't subjected to nearly as much processing and digital manipulation here as it would be in their later work (except on the absurd, Darth Vader-referencing "A Lung"), but it's a formidable and curiously affecting instrument even in its unadulterated state.


There are even some directly traceable elements for the trainspotters -- the dubby drip-like clicks that open Shout's "Like a Pen" are audible on the instrumental "Zapata," while the gently anthemic "Parade" features the lyric "we raise our heads for the color red," which would reappear as one of the more inscrutable lines in "Heartbeats."


But as revealing as it may be for fans of their later work, The Knife is an eminently worthwhile listen in its own right. Freewheelingly experimental, but always in an accessible and song-driven fashion, it veers from the industrial rock menace of "I Take Time" to the poignant semi-acoustic fragility of "N.Y. Hotel" to the techno-pop chinoiserie of standout "Kino," with its infectiously chintzy riff and sturdy electro groove.


At the time of this release, The Knife must have seemed inexorably indebted to the 1980s, particularly considering Dreijer's oft-remarked vocal similarity to Cyndi Lauper, but in the context of the heavy synthesizer presence that has continued throughout the 2000s it sounds practically prophetic. Even so, the album's largely synthetic soundscape is punctuated by touches of organic instrumentation, often used in unexpected ways -- hushed saxophone harmonies temper the sparse, pointillistic synth-funk of "Neon," while "Parade" blossoms into a rousing Celtic folk march rich with organ and accordion -- striking an affecting balance between human and machine (something that the duo would essentially abandon with the scarily remote, technological aesthetic of Silent Shout.)


Lyrically, much of the album is imagistic and elusive, but marked with the Dreijer's characteristic combination of sentiment ("N.Y. Hotel"'s tender farewell), creepiness ("I Just Had to Die"'s ambiguous reference to "watching school girls"), and humor (the yuletide-themed "Reindeer," which is evidently sung from the perspective of one of Santa's elves).