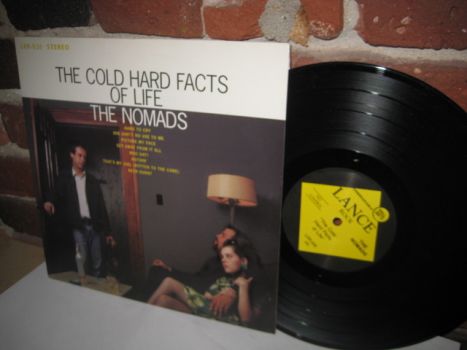 The Nomads are a Swedish garage punk band founded in 1981 by Hans Östlund, Nick Vahlberg, Joakim Tärnström and Ed Johnson. Today, Östlund and Vahlberg are the only members left of the original line-up.

The band plays music influenced by the MC5, The Stooges, Roky Erikson, The Cramps, The Ramones, New York Dolls and other early garage rock and punk bands.
The Nomads have been an influential band in the Scandinavian garage rock and punk scenes, inspiring bands such as The Hives, Hellacopters, Gluecifer, and many others.[

Songs of souls crushed, the love of hate and the gut-wrenching betrayal of humanity. It's all here and packed with a sonic wallop that will have you wondering "Am I being cheated on". Sweden's premier entertainment dish out revitalized Canadian overtures that deal with life's most brutal topic
More Information
Please sign in with your email address or Create an Account.
New Products
Compare Products
Compare
Clear All
You have no items to compare.
My Wish List
Last Added Items
Go to Wish List
You have no items in your wish list.
Vinyl Records Vancouver
Categories
Help
Quick Link
Newsletter