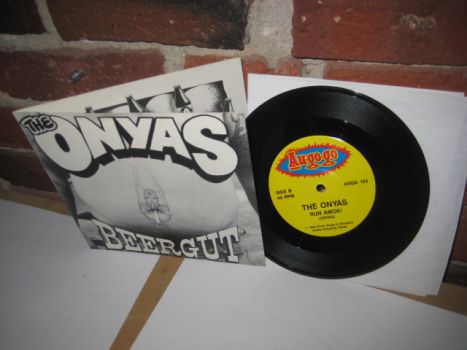 
With their debut EP Beergut in 1994, the Onyas' showcased their drunken set of raw rock 'n' roll on top of an added noise of heavy guitars and belligerent attitude. In support of their first single, the band embarked on a messy tour of Europe..

The aussie-beer drinkin madmen are back with a reissue of their
hard to get steamer! Backed with the 2-minute 3-chord screamer "run amok" this is punk n roll at its best!
More Information
Please sign in with your email address or Create an Account.
New Products
Compare Products
Compare
Clear All
You have no items to compare.
My Wish List
Last Added Items
Go to Wish List
You have no items in your wish list.
Vinyl Records Vancouver
Categories
Help
Quick Link
Newsletter