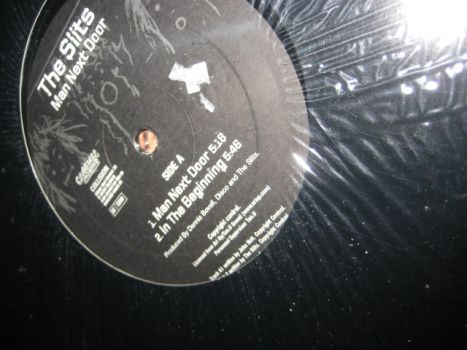 Country: Germany
Released: 29 Aug 2005
Genre: Electronic, Rock
Style: Dub, Punk
Credits: Producer - Dennis Bovell
Notes: A re-release of the John Holt cover 'Man Next Door'. It has totally different feel to the well known classic 7" version. The original version of "In The Beginning" was originally released as part of the split single on Y Records with The Pop Group.
Rating: 5.0/5

One of the most significant punk rock bands of the late 1970s this was more than made up for with their sheer desire and emotion along with their image and attitude - featuring John Holt's famous reggae composition 'Man Next Door' plus 'In The Beginning' and their splendid and rare full length version of 'Animal Space'.
More Information
Please sign in with your email address or Create an Account.
New Products
Compare Products
Compare
Clear All
You have no items to compare.
My Wish List
Last Added Items
Go to Wish List
You have no items in your wish list.
Vinyl Records Vancouver
Categories
Help
Quick Link
Newsletter