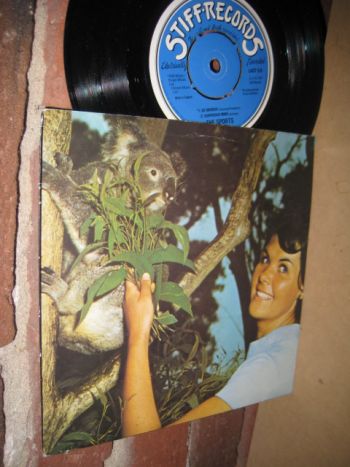 A1 Who Listens To The Radio?
A2 Step By Step

B1 So Obvioius
B2 Suspicious Minds

The Sports were a popular Australian rock group that performed and recorded between 1976 and 1981.

Based in Melbourne, Victoria, the group released a number of successful singles and albums. Their sound fit well with both 1970s British pub rock bands (such as Brinsley Schwarz) and British New Wave (such as Elvis Costello).
More Information
Please sign in with your email address or Create an Account.
New Products
Compare Products
Compare
Clear All
You have no items to compare.
My Wish List
Last Added Items
Go to Wish List
You have no items in your wish list.
Vinyl Records Vancouver
Categories
Help
Quick Link
Newsletter