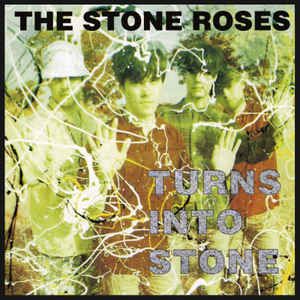 The Stone Roses - Turns Into Stone


Perhaps no British rock band was as deservedly beloved as the Stone Roses, a band whose complex brand of rock shot them to meteoric fame (which ultimately wrecked the band). "Turns into Stone" is something fans will adore -- various B-sides and unedited tracks, some of which never were released before in the US.

The albums opens with a panoramic mix of "Elephant Stone," laced with warm riffs and a thunderous percussion finale. "Fools Gold" gets the full treatment in a ten-minute cut of funky guitar rock, while "Where Angels Play" is an enchantingly soft-edged pop song. The remainder is mostly the gritty, mildly psychedelic rockers, before ending with the eerie experimental "Something Burning."

In truth, "Turns into Stone" is one of THE most underrated albums it has been my pleasure to hear. Even their B-sides are rich, enticing and beautifully performed -- In a nutshell, this patchwork of B-sides is better than the majority of rock albums out there.

Quite a few of the songs wouldn't seem out of place in the debut album -- and that is saying something. It drags a little in the middle, with songs like the ponderous "What the World Is Waiting For." It's too ordinary an indie-rock track for the Stone Roses. However, it's outweighed by the dancy "Fools Gold" and shimmering "Simone," and several others. "Turns into Stone" is dancier in places than their debut, while retaining their driven guitar-rock sound.

Ian Brown's perpetually downbeat vocals are in excellent form here. "You can't see the wolf in the trees," he murmurs ominously in the last song. John Squire's guitar riffs range from the soft undercurrents of "Something Burning" to the bright riffs of "The Hardest Thing in the World," and drummer Reni outdid himself with stuff like "Elephant Stone's" grand finale.

Fools Gold" and "What the World Is Waiting For" were recorded at Sawmills Studios in Cornwall, with additional vocal and guitar parts recorded later at London's Battery Studios, during the autumn of 1989. The tracks had been worked on for four months, and the intention was to put "What the World Is Waiting For" as the A side; however, when Roddy Mckenna, Silvertone's A&R man, heard "Fools Gold" he urged the band to use that as the A side. The band were not completely convinced, and it was agreed, instead, to release the two tracks as a double A side.

John Squire also shone on guitar with its various wah-wah pedal effects. Finally, Ian Brown sang the vocals in a unique whispered delivery. He would also perform with this technique for the track "Something's Burning". The bassline was "inspired" by "Know How" by Young MC, which is a sample from the Shaft theme song, performed by Isaac Hayes. The lyrics reference Nancy Sinatra's "These Boots Are Made for Walkin'" and the Marquis de Sade.


The Stone Roses- What The World Is Waiting For