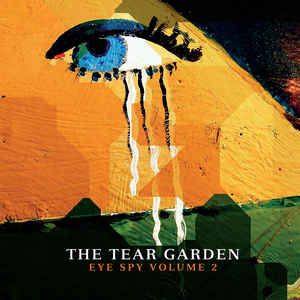 From liner notes:
B1, B3, C3 originate from lost TG pieces dating back to 1987 which were recently finished.
A2 is a re-interpretation of a rare bonus track which originally appeared on the Russia only compilation, For Those Who Walk With The Gods (1999); Part 3 is taken from this collection and has been remastered. Other songs are remastered, having been collected from various compilations. B4 is an alternative/home-made version of a song from Crystal Mass.
B2 is an alternative version of a song from Have A Nice Trip (2009).
D is an unabridged section of a long TG improv from 1991. (it is not part of the download included)

In the liner notes one can read about a remastered track "Part 3" taken from the compilation "For Those Who Walk With The Gods" - obviously this is a typo, and it is rather meant to be "Part 2" referring to track A3

Profile:
The Tear Garden is a psychedelic/gothic/electronic band, formed by Edward Ka-Spel of The Legendary Pink Dots and cEvin Key of Skinny Puppy in 1985 after Key served as a sound engineer on tour in Canada for Ka-Spel. The Tear Garden was released that same year, with Dave Ogilvie producing.

The group reconvened in 1987 to release Tired Eyes Slowly Burning with contributions from the other members of Skinny Puppy to a limited degree of success. Members of the Legendary Pink Dots would henceforth contribute to Tear Garden and in 1992 they released the full-length album The Last Man to Fly. Another EP, Sheila Liked The Rodeo, much of which was live studio improvisation was accompanied by a video (directed by William Morrison) of the title track in 1993.

With the collapse of Skinny Puppy in 1995 and cEvin's primary commitment over, he and The Tear Garden released To Be an Angel Blind, The Crippled Soul Divide in 1996, followed by Crystal Mass in 2000. Crystal Mass marked a departure for the group, with more focus seemingly directed toward sound and production than the traditional staple, the lyrics. In 2002 a limited edition compilation of previously unreleased songs, Eye Spy With My Little Eye came out on Key's Subconscious Communications label. A best of, For Those Who Would Walk With The Gods is also available.

The Tear Garden have never toured, a detail that has limited their commercial potential. The only live performance of Tear Garden material by members of both Skinny Puppy and the Legendary Pink Dots was on April 14, 1988 in Leiden, Holland and May 1, 1988 at Foyer St. Arbogast in Strassbourg France, during Skinny Puppy's Head Trauma tour, for which Edward Ka-Spel was the opening solo act. At the end of Ka-Spel's set cEvin Key joined him on guitar and keyboards for a performance of the song The Centre Bullet. The Legendary Pink Dots have performed Isis Veiled as an almost necessary encore at every show during their last few tours.

After having successfully collaborated in 2007 on The Secret Experiment, Edward and cEvin wrapped up their sessions of 13 tracks, compiled into a brand new album called "Have A Nice Trip" released in 2009.