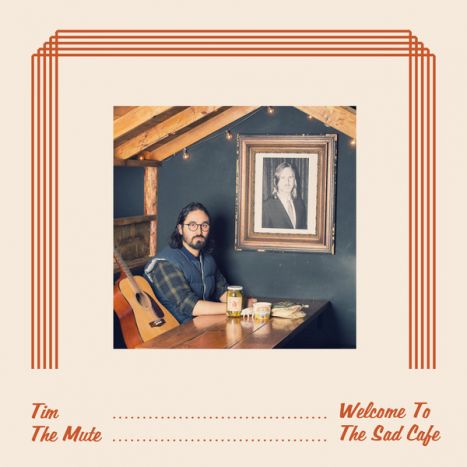 Tim The Mute ‎– Welcome To The Sad Cafe

When he's not releasing records for half of Canada's bands with his Kingfisher Bluez imprint, Tim Clapp makes heartfelt, pop-punk tinged indie anthems as Tim the Mute. Following Do In Yourself, he's announced plans for a brand new record called Welcome to the Sad Cafe.

The album marks Clapp's fourth full-length overall. It features 10 brand new songs. They were recorded with James Frost and Ryley Epp of the band Dadweed.

Of the album, Clapp shared the following statement:

I wrote this record thinking about places that exist in between places. The all-night diner 'The Sad Cafe,' where the record takes place, hosts a series of songs about transition. It seemed like an interesting way to tell a lot of stories about one topic, and in my own freaky limbo, where the pie is always almost-cold and the coffee is always almost-hot! It was influenced by Nighthawks, Purgatorio, the Bardo, Interzone, and the restaurant at the end of the universe.