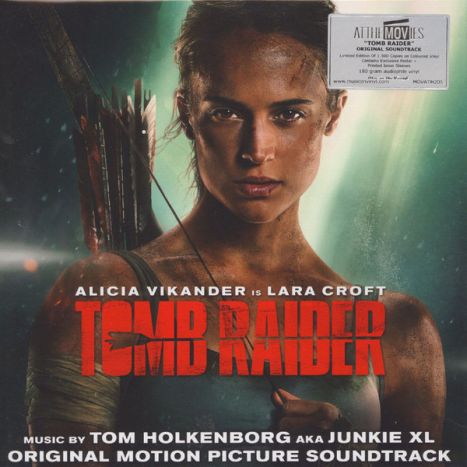 Notes
Limited to 1,500 machine-numbered copies in a PVC protective sleeve housing a gatefold sleeve with hologram.

"I am really pleased that Director Roar Uthaug invited me to be part of his reimagining of Lara Croft and Tomb Raider. Lara is such a strong female protagonist and Roar and Alicia's vision for her feels very fresh, raw and human, but also really out-there. It was a joy to be given the chance to approach this score from a really edgy place," says Holkenborg.

ABOUT TOMB RAIDER:
Lara Croft is the fiercely independent daughter of an eccentric adventurer who vanished when she was scarcely a teen. Now a young woman of 21 without any real focus or purpose, Lara navigates the chaotic streets of trendy East London as a bike courier, barely making the rent. Determined to forge her own path, she refuses to take the reins of her father's global empire just as staunchly as she rejects the idea that he's truly gone. Advised to face the facts and move forward after seven years without him, even Lara can't understand what drives her to finally solve the puzzle of his mysterious death.