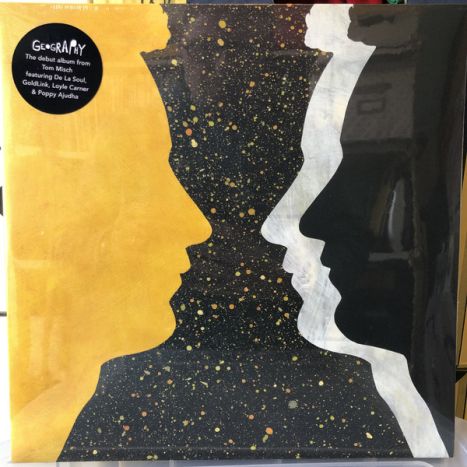 A1 Before Paris
A2 Lost In Paris
Featuring – GoldLink

A3 South Of The River

B4 Isn`t She Lovely

( pitchfork) " But Misch, who’s been releasing music through SoundCloud since 2011, is no British Timberlake (and he’s from South London, not Derbyshire). If you need an American analogue, think Mayer Hawthorne: Misch is another shy, beat-loving polymath raised in the temple of Dilla and Madlib who sidestepped to R&B once he realized that people enjoyed hearing his voice. (No falsetto though.) His debut album, Geography, the vast majority of which he produced himself, also carries echoes of Craig David and Jamie Woon. With its mild, coffee-house buzz and flat musical minimalism, the record is mostly in the tradition of contemporary British R&B, though a handful of instrumental tracks speak to the singer’s origin story as a lo-fi SoundCloud producer."

"Geography might seem more polished and less adventurous in its approach than those works, however, this is merely a sign of Misch’s growth as both a musician and producer, as well as a product of his exposure to influential artists such as GoldLink and De La Soul (the latter featuring on single “It Runs Through Me”).

The love of J Dilla consistently apparent in his work is most clearly heard again in “Tick Tock”, which harkens back to his beginnings as a bedroom beat-making adolescent before quickly showing more of a new found funk influence. This in itself is indicative of the multi-layered nature of Misch as an artist today, and his ability to seamlessly and organically combine genres. Given his grand musical repertoire, it’s easy to forget that Misch is only 22 years old.

Misch’s sophisticated range is further apparent in tracks such as “You’re On My Mind” and previously released single “Movie”, which try on a D’Angelo-influenced neo-soul sound and feature vocals from sister Polly. Whilst Misch himself couldn’t be described as a vocal powerhouse, when operating at his song writing peak, he doesn’t need to be.

Of course, it’s still early days, and some of the songs do start to sound very similar. It’s an issue most apparent when listening to “South of the River” and “Disco Yes”, even though the latter is elevated by a collaboration with soul singer Poppy Adjudha, whose jazz-influenced vocals add another welcome layer.

That aside, Geography has much that appeals, not least that it’s one of those rare records that doesn’t fit neatly in to one genre. With it, Misch has cemented his place as one of the UK’s top independent producers of the moment, and looks set to only grow in confidence."