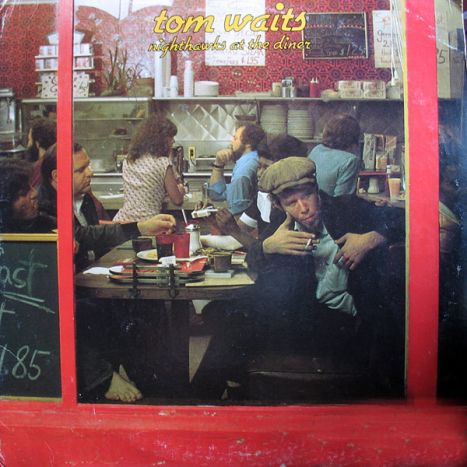 7. Intro
8. Better Off Without A Wife
9. Nighthawk Postcards (From Easy Street)

While I couldn't pin down my overall favorite Tom Waits album, I can point to "Nighthawks at the Diner" as my favorite work of Waits in regards to lyrics. Tom Waits gives prose a saucy depth that is all his own, and this album is the piece that brings that prose out in its greatest glory. This is a unique live album since the audience is a small gathering, so the cheers and chuckles sound like Waits is entertaining several dozen people at a party. This initimate setting works well since he does unforgettable spoken introductions for a number of his songs which are almost as poetic as the songs (IE " I was reaching the end of an emotional cul-de-sac"). My personal favorite tunes on this LP (for both lyric and song) are "Putnam County" (spoken to music; describing the lazy social going-ons in a tiny blue collar American town) and "Spare Parts" (awesome upbeat tune describing dawn in a seedy urban setting: "The stew bums showed up like bounced checks/rubbing their necks, and the sky turned the color of Pepto Bismol/ and the parking lots growled")