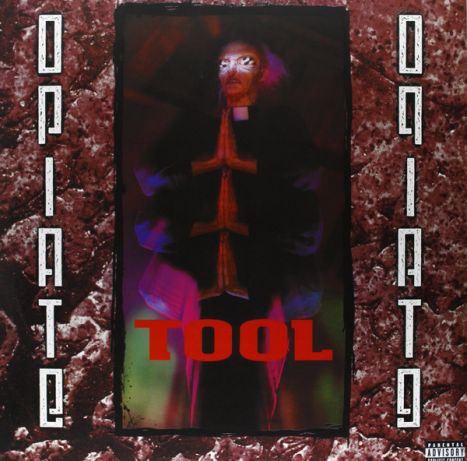 Skip to the beginning of the images gallery
Details
Tool - Opiate


Notes: Side B is double cut, e.g. if you nudge the needle over on Cold & Ugly (B1), you hit a second groove, which plays the hidden track The Gaping Lotus Experience.

When you hear the word Tool, metal might not be the first thing to come to mind. We all know that Tool started out as a hard rock band, but their 1992 was more than that. Opiate is still a hard rock album, but it comes surprisingly close to metal, especially for Tools standards.

Right from the beginning of Sweat, I also had an idea that Opiate would be quite a heavy album. True, Opiate is the hardest material Tool has ever put out. Its not like Slipknot or anything, but it could still be considered metal by some, especially in songs like Part Of Me and Cold And Ugly.

Overall, the album is great; especially songs Opiate and Sweat which have excellent lyrics. Opiate is obviously the central song to the album, in terms of lyrical content. While catchy, the lyrics are also quite thoughtful and profound.