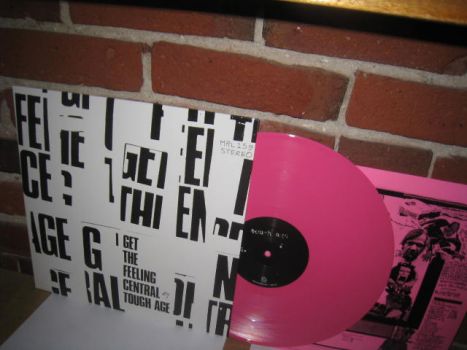 B1 "Walk!"
B2 New Orleans Square
B3 Castigation
B4 Guilt
B5 I Get That Feeling Central


A press release explains that, like the Vancouver-raised, Toronto-based quartet's 2013 self-titled debut, the upcoming 12-song offering was "built on the bedrock of scuzz pop." It was recorded at Vancouver's Little Red Sounds studio with producer Felix Fung (Chains of Love, Needles//Pins).

"It might sound like a dumb pop record, but I needed it to have meaning for me," guitarist/vocalist Jarrett Samson explained to Nylon. "The whole crux of this album is a thematic response to how I was feeling about the first album. It's about the internal pressure of thinking this is as good as you're going to get, and that it isn't very good. Then comes the realization that it doesn't really matter. It's the feeling of having to do what you have to do for yourself. If you don't create anything, you won't be you anymore."

You can sample the gloriously clattered drums, echo-slathered vocals and raw, in-the-red pop riffs of first single "Snakes & Ladders" down below.