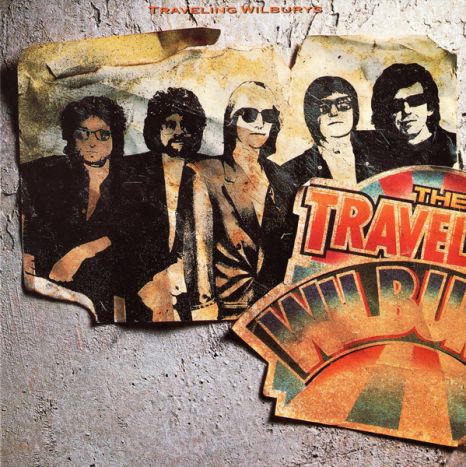 There never was a supergroup more super than the Traveling Wilburys. They had Jeff Lynne, the leader of ELO; they had Roy Orbison, the best pop singer of the '60s; they had Tom Petty, the best roots rocker this side of Bruce Springsteen; they had a Beatle and Bob Dylan, for crying out loud!

It's impossible to picture a supergroup with a stronger pedigree than that (all that's missing is a Rolling Stone), but in another sense it's hard to call the Wilburys a true supergroup, since they arrived nearly two decades after the all-star craze of the '70s peaked, and they never had the self-important air of nearly all the other supergroups.

That, of course, was the key to their charm: they were a group of friends that fell together easily, almost effortlessly, to record a B-side for a single for George Harrison, then had such a good time they stuck around to record a full album, which became a hit upon its 1988 release.

Looking back, the group's success seems all the more remarkable because the first album is surely, even proudly, not a major statement.

Even under the direction of Lynne, who seems incapable of not polishing a record till it gleams, it's loose and funny, even goofy. It's clearly a lark, which makes the offhanded, casual virtuosity of some of the songs all the more affecting, particularly the two big hits, which are sunny and warm, partially because they wryly acknowledge the mileage on these rock & roll veterans.

"Handle with Care" and "End of the Line" are the two masterworks here, although Roy's showcase, "Not Alone Anymore"  more grand and moving than anything on the Lynne-produced Mystery Girl  comes close in the stature, but its stylized melodrama is a ringer here: it, along with Dylan's offhand heartbreak tune "Congratulations," is the only slow thing here, and the rest of the album just overspills with good vibes, whether it's Tom Petty's lite reggae of "Last Night," Jeff Lynne's excellent Jerry Lee Lewis update "Rattled," or Dylan's very funny "Dirty World," which is only slightly overshadowed by his very, very funny Springsteen swipe "Tweeter and the Monkey Man." These high times keep The Traveling Wilburys fresh and fun years later, after Lynne's production becomes an emblem of the time instead of transcending it.