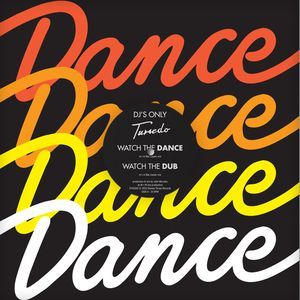 
For the last couple of years? I've noticed a trend of more and more albums arriving with less pre publicity. Some are outright surprises, especially around the holiday season. And some depend more on word of mouth. This one seemed to be the later. Only reason I even knew about this collaboration between singer/songwriter Mayer Hawthorne and producer/musician Jake One was through Wax Poetics magazine. With a modern and extremely well received, well understood and eclectic funk revival in full motion? This album tells it's musical story with great authority.

"Watch You Dance" is all on the more stomping end of uptempo, danceable funk. The bass synthesizer always pumping along is accompanied by a higher pitched, dreamy melodic synthesizer line-the later adding a rhythm guitar to the musical front line . "So Good" really emphasizes the synth bass line at it's phattest with a stomping shuffle and hook that stays right on the one. "The Right Time" focuses more on the live band drum and bass/guitar interaction as the rhythmic and melodic focuses.


One of the things about the Mayer Hawthorne/Jake One collaboration is that they clearly understand and embrace every element of the boogie and electro funk movements of the early 80's The songs on this album have a musical structure of what could easily translate as a soul/funk bands compilation of songs circa 1980-1984. The stylistic orientation of this album spans the progression of electronic dance funk of those years extremely well. And both artists are absolutely at the top of their game in singing,writing and instrumentation. A strong jam of the year in what looks to be a hefty list of them so far!


Morales got his start as a DJ in the 1970s, and began working in the studio on his mixes out of pure necessity. I needed to get more out of the records I was spinning, he says, so I started making medleys and remixes because the records in those days were too short, the 3 minute range.

Working long before the era of digital editing, he explains, I started to do my edits using the pause button on a Teac cassette deck, [then] purchased a Sony reel-to-reel. It was hard work,with long hours of editing and putting all the little pieces of tape together to make something creative happen.

In 1982, Morales partnered with Sergio Munzibai  giving birth to the M&M moniker  and worked on a vast number of dance-oriented releases with Morales focusing on music while Munzibai handled artist relations, management and promotion.

Alongside cult and groundbreaking records for the Fantastic Aleems (Get Down Friday Night), Class Action (Weekend) and Jocelyn Brown (Somebody Else's Guy) the pair mixed dance-floor successes for DeBarge (Rhythm Of The Night), Harold Faltermeyer (Axel F), Shakatak (Down On The Street), Miami Sound Machine (Dr Beat), The Temptations (Treat Her Like A Lady) and hundreds more in a period that saw them almost ever-present on the Billboard Dance, R&B or Hot 100 pop charts.

Three compilations of John Morales The M&M Mixes were released by BBE Music in 2009-2013.
More Information
Please sign in with your email address or Create an Account.
New Products
Compare Products
Compare
Clear All
You have no items to compare.
My Wish List
Last Added Items
Go to Wish List
You have no items in your wish list.
Vinyl Records Vancouver
Categories
Help
Quick Link
Newsletter