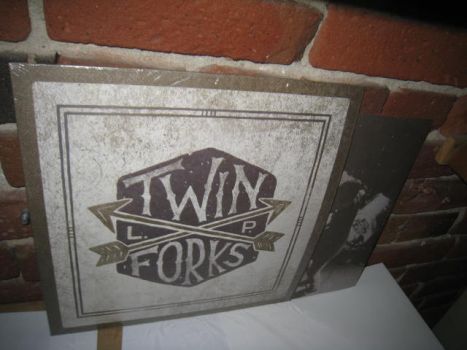 
2014 debut from the Indie 'supergroup'. Twin Forks are Chris Carrabba (Dashboard Confessional) Suzie Zeldin (The Narrative), Ben Homola (Bad Books), and Jonathan Clark. This new band was formed to play a one off festival, but worked so well that they decided to keep playing together.

They put together an EP that they gave away digitally to fans, and released a proper EP in September 2013. They have been touring the world since the formation of the band, and are working towards the release of this, their first full length record.

What sets Twin Forks apart is Chris' lyrics. It sounds like he's found a new source to write from, and I'm really enjoying the fresh, upbeat perspective.