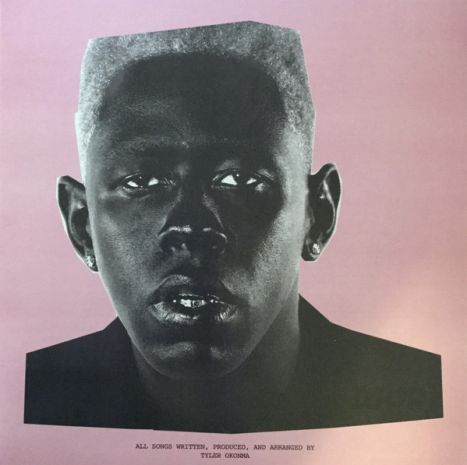 B6 Are We Still Friends?

"There’s a run at IGOR’s center where each song’s momentum seems to propel him forward emotionally. It’s during this stretch that Tyler is at his most creatively fluid, as on “A BOY IS A GUN*,” where he flattens his voice to sing “gun,” sounding like a laser cutting across the track and maybe also through his own psyche. Combined with the Kanye-assisted “PUPPET,” these tracks in their varied tone and tempo reflect the volatility of Tyler’s emotions across IGOR. Most songs don’t even have a natural ending, they just snap off, like someone pulled the aux cord abruptly.

IGOR may be unsettled but it never feels restless. As Tyler grapples with uncertainty and unfulfillment," ( Pitchfork)

. " The whole album is sustained by mutating, colorful chords, impressionistic cracks in tonality. On top of that, Tyler’s synthetic falsetto singing adds a surreal element to IGOR. The lines between desire and reality and internal monologue and human conversation all become blurred.'