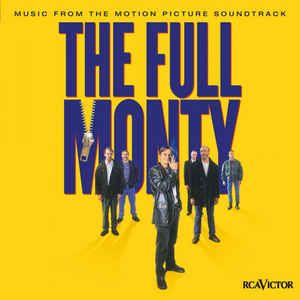 Sticker on the front:

"Despite being a comedy, the film also touches on serious subjects such as unemployment, fathers' rights, depression, impotence, homosexuality, body image, working class culture and suicide. The Full Monty was a major critical success upon release and an unexpected international commercial success, grossing over $250 million from a budget of only $3. 5 million. It was the highest-grossing film in the UK until it was outsold by Titanic. It was nominated for Academy Awards for Best Picture, Best Director, Best Original Screenplay and Best Original Music Score, winning the last.

The album The Full Monty: Music from the Motion Picture Soundtrack includes two original tracks by Dudley plus the pop hits,  including a cover by Tom Jones of "You Can Leave Your Hat On" commissioned and produced by Dudley, who had collaborated with Jones on a 1988 cover of "Kiss"