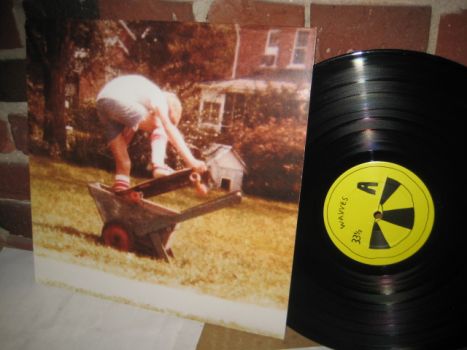 Skip to the beginning of the images gallery
Details
Wavves - Wavves

It's hard to describe Wavves as 'pop', by any stretch. Just look at the ingredients: layers of reverb, often incomprehensible lyrics, and heavily distorted guitar riffs; all fly in the face of even the most liberal definitions of pop music. But then, you listen to Wavvves (confusing, yes), their second full album, and before long, you realize that there's no way their music can reasonably be described as anything but.

The songs here sound like artifacts of the sixties- somewhere between the straightforward, sugary harmonies that dominated the earlier part of the decade and the heady exoticism of the later psychedelic movement. But Wavves are, at the same time, unmistakably a product of today- working in the same vein as Times New Viking and SoCal neighbors No Age, they use the thick sonic texture that drenches their music as an instrument, itself. The result is something far more interesting than a couple of kids simply reappropriating the sounds of an earlier generation. It's music that keys into some of the most basic ideas of what pop music IS: immediate, affecting, timeless.