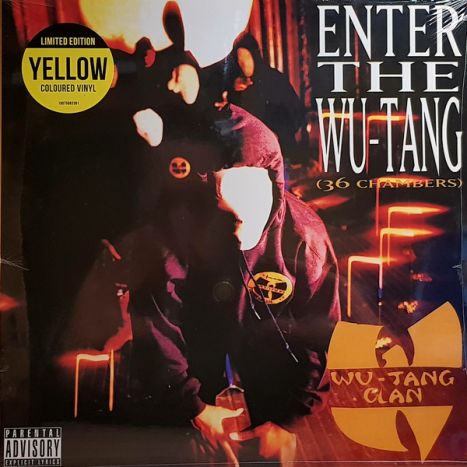 Enter the Wu-Tang (36 Chambers) is the debut album of the East Coast hip hop collective the Wu-Tang Clan. It was released on November 9, 1993 by Loud Records and RCA. Many critics consider Enter The Wu-Tang to be one of the most significant albums of the 1990s and one of the greatest hip hop albums ever recorded.

The distinctive sound of Enter the Wu-Tang created a blueprint for hardcore rap in the mid-1990s and helped return New York City hip hop to national prominence. The Wu-Tang Clan's debut "carve[d] out a piece of rap history" in an era known as the East Coast Renaissance. In 2003, Rolling Stone ranked it among the "500 Greatest Albums of All Time."

The album also marked the first appearance of a number of rappersincluding Method Man, Ol' Dirty Bastard and Raekwonwho would collectively go on to sell millions of solo records. The lyrics of Enter the Wu-Tang are explicit, humorous, and free-associative, and served as a template for many subsequent hip hop records. The Source declared that the first two singles from Enter the Wu-Tang, "Protect Ya Neck" and "C.R.E.A.M.," are among the 100 Best Rap Singles yet released.

Enter the Wu-Tang (36 Chambers) had surprising chart success, despite its raw, underground sound. Its highest Billboard 200 chart ranking was #41, and by May 15, 1995 it was certified platinum by RIAA. The style and success of Enter the Wu-Tang led the way for such artists as Nas, The Notorious B.I.G., Mobb Deep and Jay-Z.